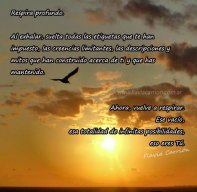 I want to add that one doctor diagnosd me with Arnold's disease. I had, strangely enough, forgotten about it. Jan 29, 2016